I have moved my blog and personal page to WordPress (and that is why dawidkotarba.github.io is not accessible). Still, GitHub pages together with the Jekyll are a great alternative. While it needs more work to customize the page than using WordPress, this option gives fantastic flexibility and ease in terms of hosting. Therefore I am leaving this post for readers who might want to consider using GitHub Pages for their personal sites.

Recently I have seen a couple of personal pages and they were pretty awesome. They were mostly designed by front-end folks who showed off their great design and coding skills. As I use GitHub regularly and it offers free hosting static web pages for repositories, I decided to refresh a little bit of my front-end knowledge and create one. I guess a backend guy does not need such a page but I also think having one will not do a harm. I am going to document what I did, maybe it will be useful for someone who would like to develop a similar page and has a little knowledge about the front-end. One disclaimer – I am a back-end Java guy so do not expect any rocket science here, yet the page works and does not hurt eyes I think.

GitHub pages can host only static pages, which means HTML + scripts and stylesheets or i.e. Jekyll blog. No fancy Spring Boot jars running there. Obviously, that does not mean the site cannot make ajax calls to the backend but it has to be hosted somewhere else.

As I am going to have a few dependencies with a few cool libraries, I decided to use NPM to manage that. I use Linux as my OS and installing Node.js/NPM is that simple:

For Windows, it has to be downloaded from https://nodejs.org/.

NPM will ask whether we would like to change the default values, for me most of them were good enough. Once we pass all steps, the package.json will be created. The file will contain all dependencies the project needs. Those dependencies can be always downloaded after invoking:

… and the entire internet will be downloaded to the node_modules folder:)

Below is the example of the package.json for my personal site. I have removed most of the dependencies for the sake of brevity.

For those unfamiliar with deps management in package.json:

Of course, updating versions of libs always poses some risk so ensure the page is well tested before you commit any changes like that.

Installing Gulp and saving that to package.json

It is always good to have a tool that will assemble a page. I have used a gulp for that purpose – it is already a few years in the market and there are tons of examples available. As I did not want to spend hours getting familiar with a build tool, it was an easy choice. There are other alternatives like Grunt (which I used in the past and AFAIR seemed pretty similar) or Webpack so there is always an option to experiment further.

To install gulp, let’s use NPM:

When the install command is invoked with one of the above flags, the dependency will be put inside package.json and this is exactly what we want. Later on, this can be downloaded just by invoking an npm install command.

Ok, so the general build system is there, let’s start putting some files. I have spent a few minutes analyzing other front-end projects and it looks like one common scenario is to have the src folder that contains the source files and the dist folder with JS, CSS bundles, and other files needed to run a page (like images, favicons, etc.). So I have followed the same approach. I have also created a few other files, like index.html which will be the actual site (minified), index_dev which I will work on, and README.md file to keep building badges and run instructions, and additionally installed Cypress (https://www.cypress.io) that will help me in testing the page. The overall structure looks that way:

I really liked the way how “Twenty seventeen” theme from WordPress looks therefore I have used that to build the general look and feel of the site. Of course without the WordPress engine behind – just HTML, scripts, and CSS were needed. The theme can be found here: https://pl.wordpress.org/themes/twentyseventeen

It is simple, clean, and fast. Exactly what I needed. I have put HTML as index_dev.html and placed JS and CSS in the src folder. Below its structure:

Here is the structure of the dist folder:

Ok, so with a working HTML skeleton and a few JavaScript and CSS files included, it is possible to start a page – just push the code to the repository and access the site’s URL. As we are going to include there a bunch of fancy JS libraries, stylesheets, and images, it would be good to optimize the site somehow. Uglyfing, minifying, and bundling our resources can help to achieve that.

It is possible to achieve that by a simple Gulp pipeline. First, we need to install several libraries that can do the job (by using NPM as earlier):

Additionally, it would be good to use newer JS syntax, so let’s install Babel that will transpile our shiny JS code:

Last but not least, let’s install Browsersync which will refresh our page once resources are modified:

Then, we need to require them in the gulpfile.js file and create a pipeline with a meaningful name, like js😃 :

Here we go! Our bundle.js file will be placed in the dist/js folder ready to use. We can use a typical way to import the file in the HTML (deferred as it needs to be invoked once the HTML loads):

A similar story applies to CSS. First, we need to install a few libraries that will do the job:

Then we need to require it:

… and write a pipeline:

Our CSS task will get all CSS and SCSS files from the scr/css folder, minify them, and put them as bundle.css into dist/css directory. To import that into HTML, just add the following:

Last but not least, let’s do a similar thing with the HTML file. Once again, we will need an additional lib for that purpose:

The task is pretty simple – it minifies the HTML input file and saves it to another file.

It would be good to have gulp monitoring all changes and refresh the browser/inject them automatically. For that purpose, we can use Browsersync together with pipelines that can do the job. Let’s start with the watch task:

The watch task will monitor all JS, CSS or Sass, images, and HTML changes. Below corresponding browser-sync task:

Last but not least, let’s define a couple of other tasks that can build the project and serve it:

Now, we can easily build the whole site (by running a gulp build) and run it (gulp serve) with Browsersync. Thanks to the watch task the Browsersync will refresh the page automatically. This is pretty cool.

Ok, so we ended up with a bundle for JavaScript, CSS, and minified HTML. But how about images? Basically, a single image is much heavier than all those files combined. Here, another Gulp task can become handy.

Generally speaking, we can optimize our images in several ways. First things first, it is good to resize images but I would avoid doing that automatically as different images come with different resolutions. Still, if we want to do it quickly and our images have similar resolution, ImageMagick is a good choice. Below one-liner will resize all images in the folder by 50%. That will decrease their size significantly. Of course, it is good to experiment with different settings.

Still, the Gulp pipeline can do other optimizations.

I have searched for different JPEG optimizers and Google’s Guetzli can decrease the size without loss of the quality – at least for my eyes:) According to Guetzli’s
readme (https://github.com/google/guetzli):

Guetzli is a JPEG encoder that aims for excellent compression density at high visual quality. Guetzli-generated images
are typically 20-30% smaller than images of equivalent quality generated by libjpeg. Guetzli generates only sequential (
nonprogressive) JPEGs due to faster decompression speeds they offer.

… and then require them in gulpfile.js:

Imagemin comes with a few nice options like additional compression or the ability to make the image progressive (which can help to render it quicker with a low bandwidth). So the task that uses Guetzli, as well as those other features, can look like that:

The “img” task can become a part of the build process. Guetzli optimizations are pretty time-consuming and can take several minutes, that is why it is good to cache processed images to prevent doing that every time the project is built.

GitHub pages allow setting a custom domain. To do this, we need to:

Own a blog in the cloud in less than 5 mins with Docker. Free, fast, and with SSL!

In my recent post, I described how cool is the Free Tier in the Oracle Cloud – we can for example spawn a pretty strong ARM server and use it for free (see Oracle Cloud Read more… 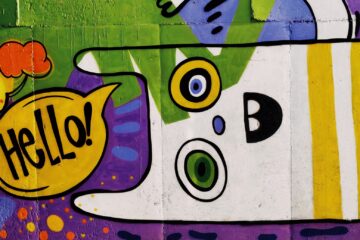 This post is going to be pretty short, even though it took me more than 10 years of commercial experience and days of thinking to finally write that. Generally speaking, I am going to create Read more…